The rise and fall of the seas are caused by gravitational forces exerted on our planet by our Sun and Moon, combined with the rotation of the Earth as we hurtle through space at a thousand miles an hour. It’s pretty heady stuff.

On a much more micro level, we observe the tides as they come in and go out, bringing in shells and driftwood, sea creatures and plants, and then taking them all back out again. The constant friction and movement turn rocks to sand, and the constant pressure reveals things we would not otherwise see.

A few years ago, a complete set of railroad tracks just appeared on the beach one day at Cape May Point as if in the night a ghost train had rumbled through and forgotten to take its tracks with it. They were of course age-old tracks from a forgotten time, which explains why most people had forgotten about them. People came from all over to marvel at their longevity and take selfies with them to prove their existence before they were swallowed up by the sea once more. They are gone now, hidden again, but we were reminded for a time that the sea holds many secrets and occasionally it will come on shore to reveal a few of them.

The natural world is little more than a series of cycles revealing change over time. The sun rises and sets, the earth blooms and browns, the tides come and go and some days it rains. Where we are at any given time seems enormously important to us at the time, but in the big scheme of things, is really just another grain of sand on a sea of shifting dunes.

This line of thinking can have the effect of making us feel very small and insignificant, a single grain of sand with little hope of having any effect on the universe at all. But on a further reflection it also reveals that together, with the other grains of sand, working in harmony with the sun and the moon and the seas, we can move mountains.

Collaboration is not unique to human beings. From colonies of ants and bees, to flocks of birds and schools of fish, living organisms work together for their own common good. Each day we are presented with new goals to achieve, and new obstacles to overcome. Alone they may indeed seem daunting, but together, nothing is impossible. In the meantime we wait for yet another incoming tide to see what treasures it brings, and what it reveals when it withdraws again. We rise and fall together. 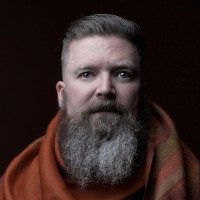